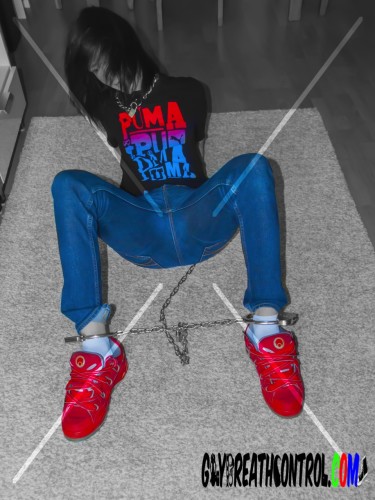 Due to the criticism of my new xTube channel I would like to clarify a few points.

These points I want to discuss with you.

I will start with the actual situation.

Currently, the blog of   GayBreathControl .com that based on Tumblr, is free for you. This will remain so.

Finally, I re-blogging posts, images and videos of others – for yourselves and for your entertainment. But I can not and I will not ask for money for them.

But I also publish the same from me.
These stories, images and videos show me or deal with me.
These are so satisfied with my “copyright”. Meaning “match against the same” to you and to entertain too. I publish these things for free, just to  GayBreathControl .com.

I’ve added ​​two videos on xTube so far, which must be paid in a method called PPV (pay-per-view) to watch the complete videos.

Why am I doing this, I’ll explain later. Please Keep reading the article, I explain it as well as it goes on.
Right at this point I want to mention that but for all that  GayBreathControl .com and my most fetish videos, pictures and stories will stay free!

Back to the actual situation …

Also, I still use Cam4 for live web shows. These shows are generally free, except for certain actions can (or must) be – if you want – pay.
These actions may then watch all the spectators, or to request only the paying person.
Basically, however, the shows are free!

What will the future hold?

Let’s start me with the basic – the most important – information.
GayBreathControl .com will be free for you! For example the next two breath control videos of mine will be free for you and all – a preview image is available at the beginning 😉 )… – If I find a good and fast video host for them! Tumblr has deleted the videos. 🙁
Only some special or exclusive things will be shown as PPV.

These exclusive events, or one-time events, will be paying with xTube so far or similar channels.
In this case, pay-per-view method, one-time payment method or voluntary payments – such as at Cam4 – come into play.

It will be used exclusively for special sessions or requests of you.

Maybe some parts will be initially for paying readers to view exclusive, but later they could be free for all to view. IDK

Why am I doing this?

The answer is quite simple and yet more extensive than that I could answer it in one sentence.

First of all, I do not even want to get rich with it. – I will not be.
To get rich, I’d have to approach differently.

It’s about to be able to show you even greater content.

But which?
I can generally outsource the video on other servers. I do the same.

But the free services are unreliable.

Some of them have frequent faults, some are just too slow, others have far too much advertising. It may also be that providers simply close the service.

But we have bigger plans for  GayBreathControl .com.

I and my Master A. want a stable service.
We do this to entertain you and most parts of it should be free for you.

But for this we need a service that separates itself from the free-base Tumblr.

That means we need a dedicated server, that currently integrates at least the video at the Tumblr basis.

Such a dedicated server is not available for free.

Also the domain  GayBreathControl .com is not available for free.
However, I pay the domain gladly, because I like to entertain you and you entertain me.

-> Secondly, I want to emphasize that we do not stick the rest of the money in our own pocket – if money is left.

If there is still some money left, I’ll probably donate to gay groups who care for example to gay teenagers.

So how should I do it to get money for all these things?

The regular readers An0n suggests that do I sell my undies.
But would you buy my Undies?

This would bring in the money, what do we need?
I do not think so!

The rest of the advertising scarcely takes revenues.

For these reasons, I have decided for PPV and similar ways.

I hope for your appreciation and would like to discuss with you about how you think about it.
What wishes do you have? Which way would you use?

The most important thing again!
GayBreathControl .com that based on Tumblr, is free for you. This will remain so.