Four days left and I’ll be unlocked… and it looks like I would be truly unlocked in four days – the (first) 2015 chastity challenge ends.  Why and how can you still avoid, I’ll tell you after the next four pictures. 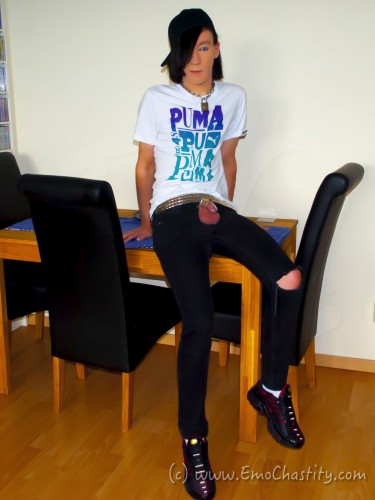 So why the challenge ends in four days?

Although I have received more than 10 messages, why I should stay longer in chastity (although messages that say were mostly, I should stay longer, without giving a reason, but that’s okay), but my Tumblr post from 7 days before got less than 50 notes.

What conditions does it need the challenge can be further extended?

Thats is quite easy …

How long will EmoBCSMSlave in chastity?

This is determined in a new challenge, which will be announced on June 28, 2015.